NAB filed comments with the FCC Tuesday regarding the Commission's proposed regulatory fees for Fiscal Year 2022. NAB previously expressed concern with the FCC's proposal to subject local radio broadcasters to regulatory fee rates for 2022 of $381.95 million, which includes a whopping 13% increase for radio stations over the last fiscal year. In its comments, NAB urged the Commission to:

Here is the proposed fee schedule for the fiscal year 2022: 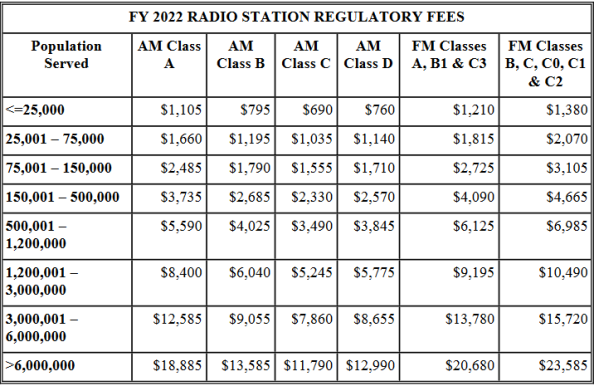