Streaming Country music grew 36% in the U.S. from 2018 to 2019 according to MRC Data/Nielsen Music. 54% of American Country Radio P1 listeners report streaming every day to a service like Pandora, Spotify or Apple Music. 85% of Country Radio P1s between the ages of 18-44 report streaming to an on-demand audio service either "every day" or "a few a day's a week." 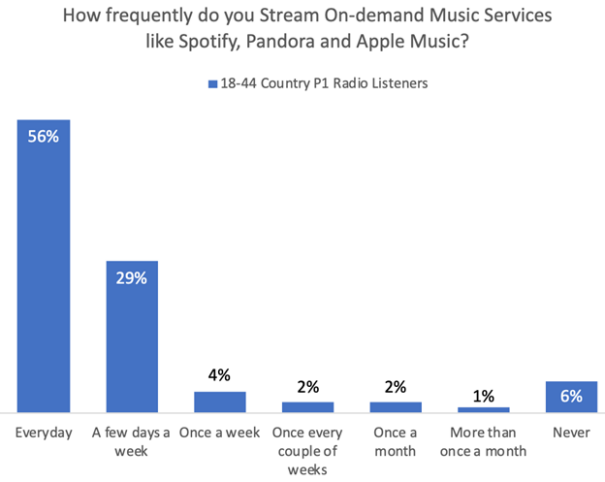