The audio landscape in Australia saw growth in Internet-only audio listening and podcast listening, while traditional radio listening remains strong, according to The Infinite Dial Australia 2020 -- a study of digital media behavior in Australia by Edison Research, fielded before the COVID-19 disruptions and commissioned by Commercial Radio Australia (CRA), Southern Cross Austereo (SCA) via their PodcastOne subsidiary, and Triton Digital.

"For radio, the findings underscore the importance of being easily accessible on multiple platforms and devices as consumer behavior evolves, but ultimately it's the content and unique service radio offers that drives listener loyalty," said Commercial Radio Australia CEO Joan Warner. 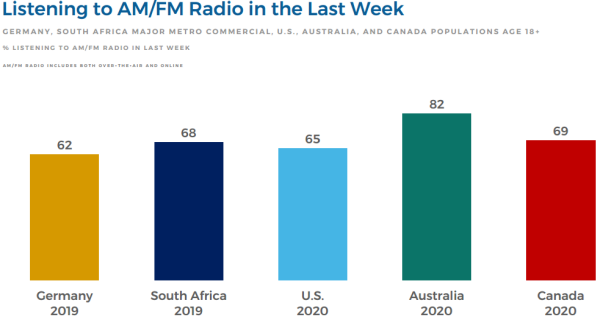 One-quarter of those in Australia ages 12+ have listened to a podcast in the last month, up from 22% in 2019, yet still behind 37% of those ages 12+ who are monthly podcast listeners in the U.S. Awareness of podcasting in Australia surpasses what is seen in the United States, as 87% of Australians are familiar with podcasting compared to 75% of Americans.

"Australia continues to be one of the most exciting markets in the world for online audio and podcasting," said Triton Digital President of Market Development John Rosso. "We are pleased to partner once again with Edison Research, CRA and SCA to unveil another year of insights and trends." 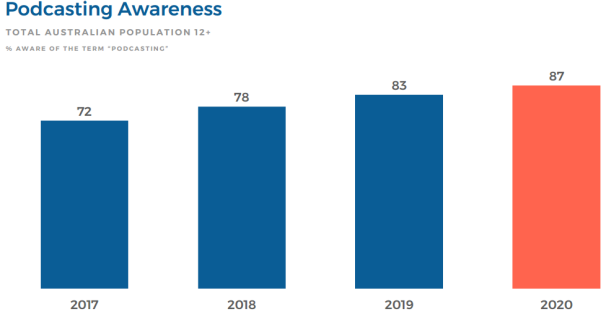 "Each year we have performed The Infinite Dial Australia we have seen how audio is changing and adapting to new technologies," says Edison Research President Larry Rosin. "While podcasting and smart speakers, along with other new developments, continue to see growth, Australia also has an extremely resilient broadcast radio industry that outperforms as compared to what we see from other countries around the world. We are proud that all players in the audio space can use this information to help guide their understanding of this dynamic sector."

According to SCA Head of Research and Insights John Musgrove, "In its four years the Australian Infinite Dial report has become as much a currency for the industry as the oft-quoted U.S. version. Comparing the two countries indicates how healthy the Australian audio industry is and how strong and consistent its growth continues to be regardless of other challenges. Audio goes with us all day, every day, and this report confirms how broadly Audio accompanies and impacts Australian lifestyles."