Jacobs Media released its Air Talent Survey 2022, entitled "Radio Talent in the Post-Pandemic Era," on Thursday at the 34th Annual Morning Show Boot Camp -- which also began Thursday at the Swissotel in Chicago. The survey, which included 750 total respondents, interviewed between July 12-26, found that the average radio personality wears at least three hats. 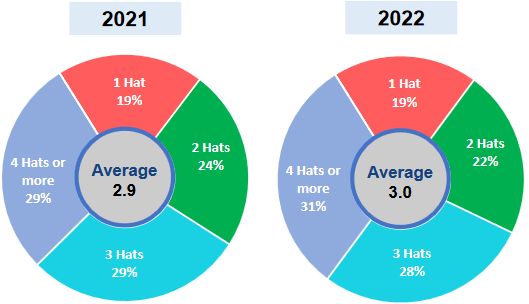 Most agreed that COVID changed their station culture, especially at bigger companies such as iHeartMedia, Cumulus Media and Audacy. More than half of women interviewed disagree there is gender equality for advancement.

The study also found that with each passing year, the appeal of music on the radio is becoming secondary to the power of its personalities.

Jacobs Media plans to schedule an industry webinar soon which will feature more data. However, the firm said initial results spoke volumes about the stress so many personalities are feeling. Even so, their passion for radio remains very high.